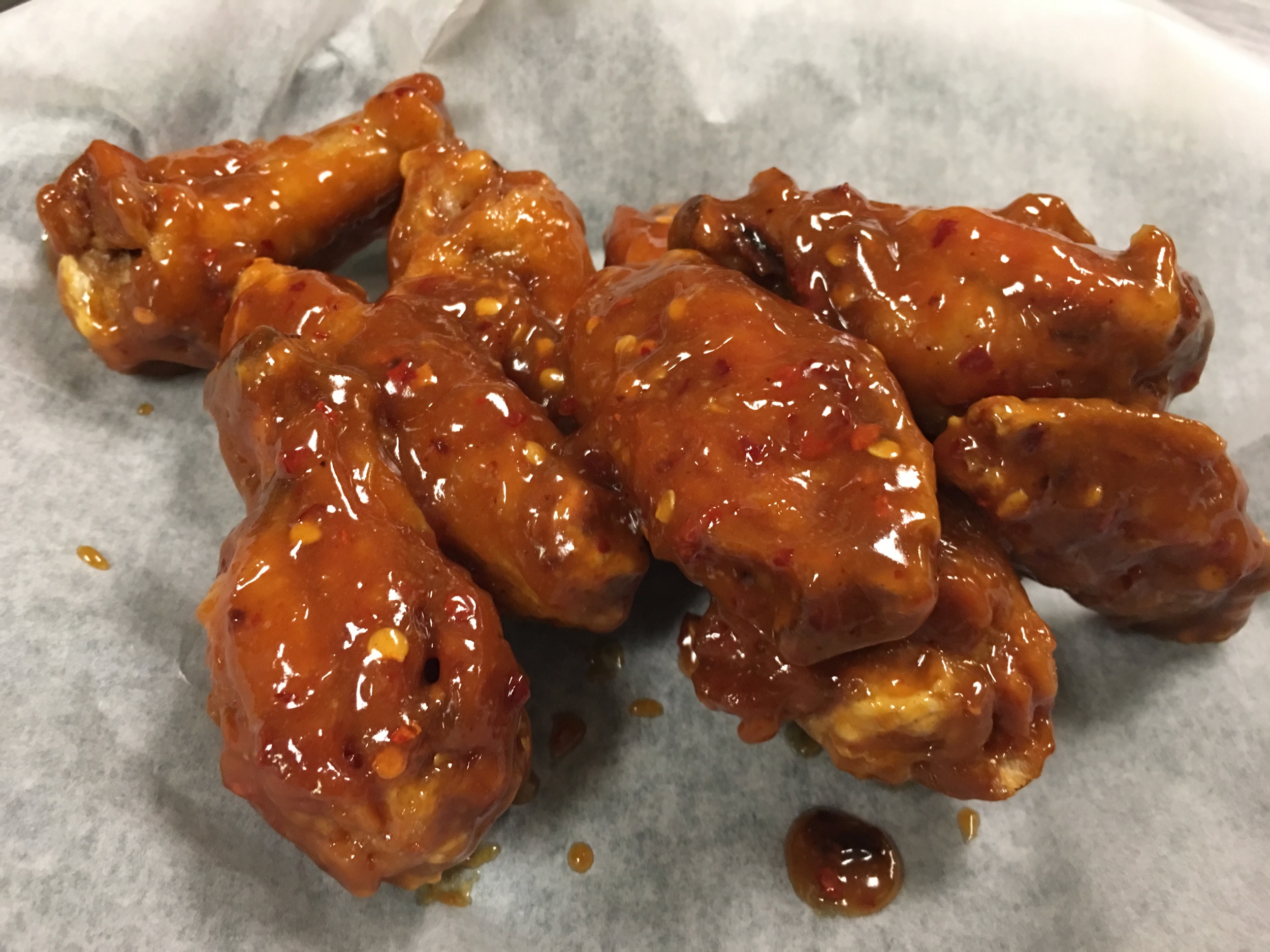 Today’s specialty wing sauce is another Pinterest-inspired creation that doesn’t sound quite right when you first hear about it. I mean, come on…Who puts peanut butter on their chicken wings, right?

Well, as it turns out, we do. And it tastes pretty amazing. The base for this recipe was about seven and a half cups of honey mixed together with just short of four cups of peanut butter. I added in one and a quarter cups of Frank’s Red Hot and somewhere between half and three-quarters of a cup of soy sauce.

Then I dumped in about three-quarters of a cup of crushed red pepper flakes and about two tablespoons of granulated garlic. That’s it. Nothing to it. It didn’t look all that appetizing when everything was just sitting in the pot, but as it warmed up on the stove everything loosened up and became much easier to mix together. After just a few minutes on stirring, I ended up with this delicious looking brown sauce that is actually pretty close in color to our Southwest Ranch…but this one tastes like nothing I’ve ever tried before. With a base of honey and peanut butter, the sauce has an extremely sweet base, but all of those red pepper flakes you see add a tremendous amount of heat to balance out the overall flavor.

I’m not sure these are on the level of our Peach Sriracha or Spicy Coca-Cola wings, but they are definitely in the conversation and should probably get some bonus points for their unique flavor.