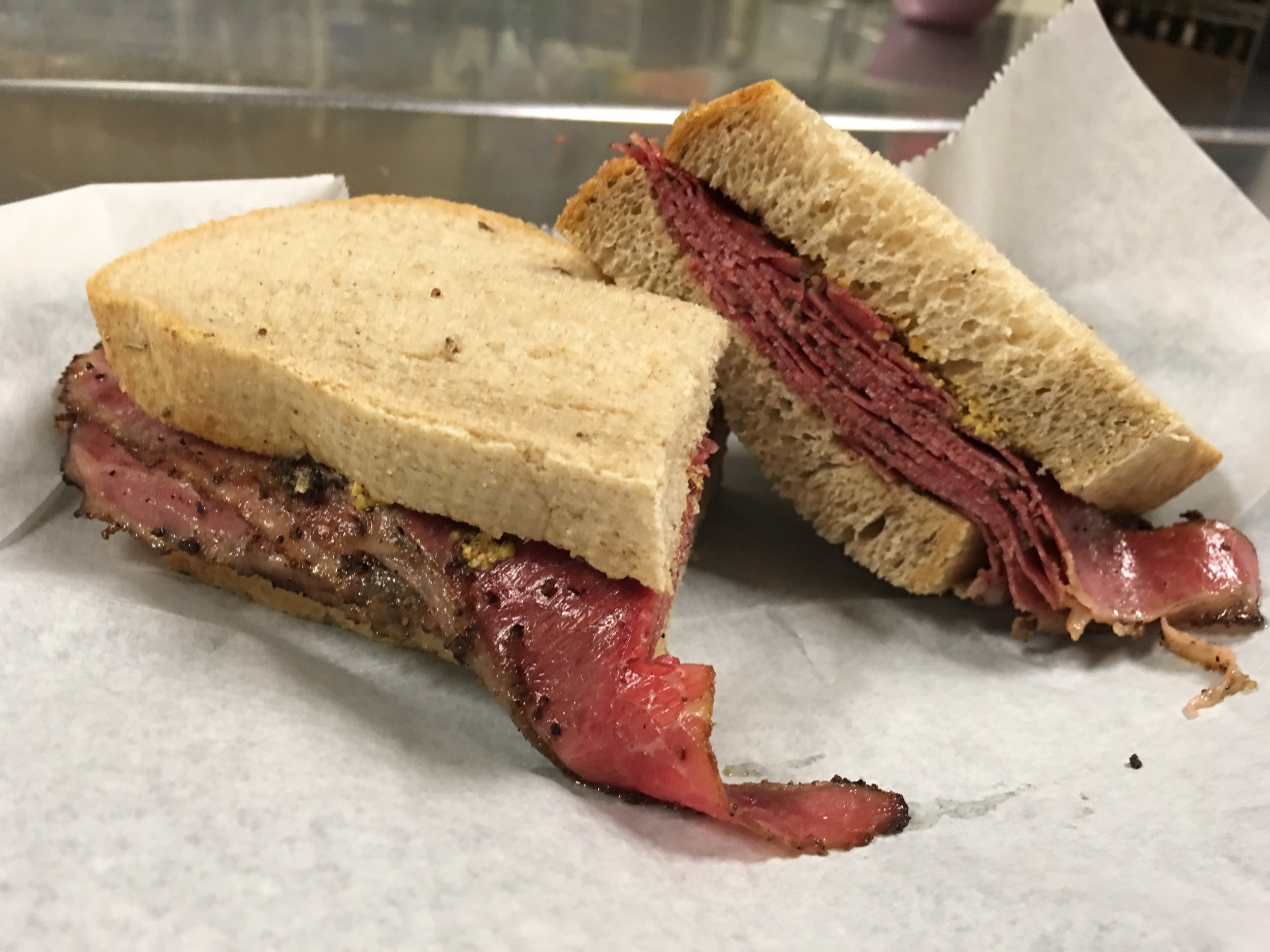 For today’s smokehouse special, I’m taking you to a New York-style deli for some of the best pastrami you have ever had in your life. Seriously. It’s that good.

But it’s good for a reason. I have been working on these six brisket flats for exactly two weeks now to get them from your standard brisket flat into a delicious slice of pastrami. It wasn’t easy, but it sure was worth the effort.

I remember my first trip to Katz’s Deli in New York City. I was blown away that people would wait in line for a sandwich that was just some meat on bread with mustard. It couldn’t be much better than the salami sandwiches I had growing up, right? WRONG! It was life-changing.

The first thing that you have to do in order to turn brisket into pastrami is brine it with some pink curing salt for somewhere in the neighborhood of 12 days. In the past, I cut this brine time short and ended up with pastrami where the pink color didn’t quite make it all the way through.

After the long brining period, you have basically turned your brisket flats into corned beef. From there I made a pastrami rub that is mostly ground pepper and ground coriander seeds with some brown sugar, ground mustard seeds, and a hint of ground ginger. Then it’s time to get those bad boys onto the smoker! Yesterday was a beautiful day to be outside manning the smoker, and I was fortunate to hit all of my temps at just the right times. After about 7 hours, everything was up to about 175 degrees, which meant that it was time to wrap. Then, a few hours later, we were up just over 200 degrees and ready to pull. Mission accomplished.

While everything was cooking, I ground up some brown and yellow mustard seeds in order to make my own delicious topping from scratch. That was also a huge success…so I guess everything really did go right yesterday!

With all of that hard work behind me, all I have left to do today is kick back and enjoy the fruits of my labor. And those fruits taste pretty good right about now! I hope you enjoy eating my pastrami as much as I enjoyed making it.