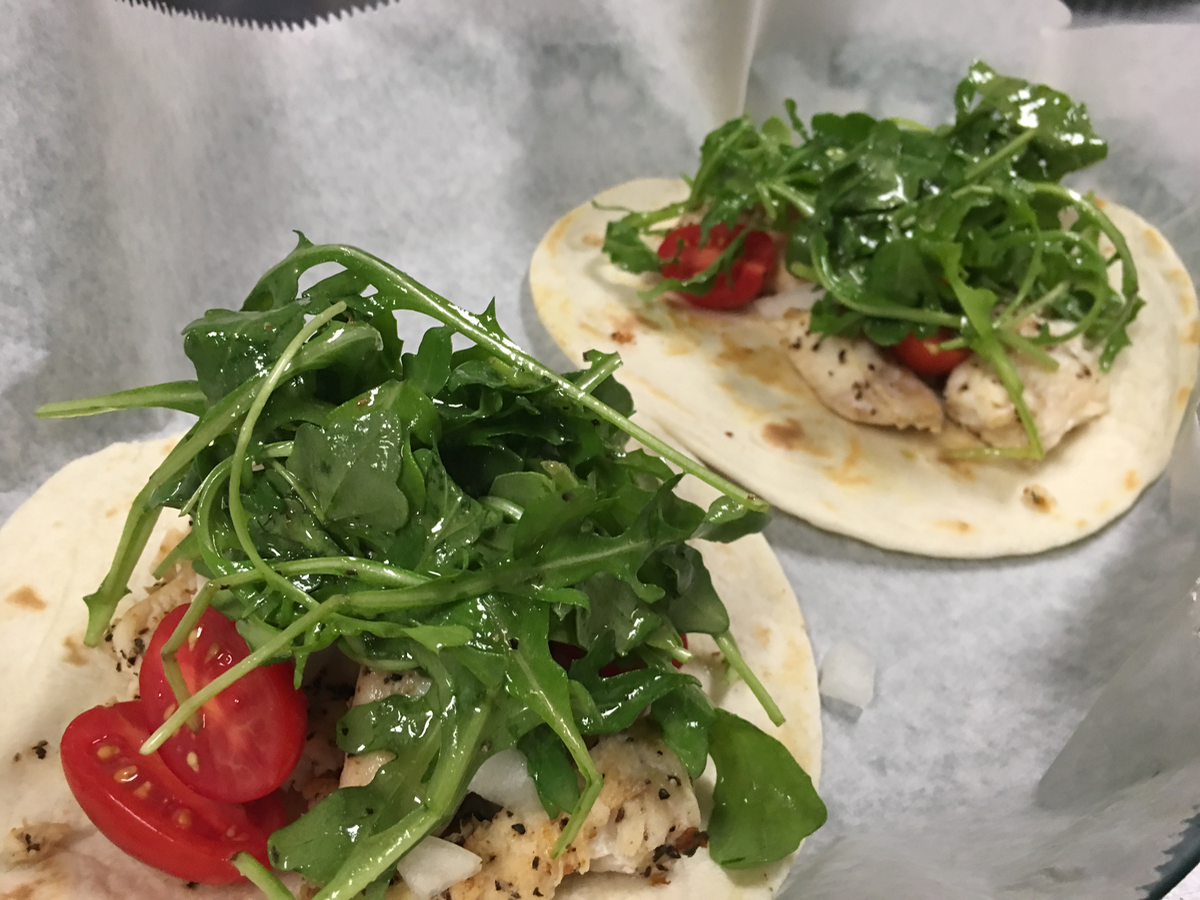 One of the most frequent requests that I get on Fridays is to bring back some of the grilled fish tacos that we did over the summer. By far, the most popular of those was our Grilled Mahi Mahi Tacos, so that’s what we are going with today.

Because Mahi Mahi tastes so delicious on its own, we just add a little salt and pepper and let the fish speak for itself. Then we top it off with diced white onions, grape tomatoes, and fresh arugula.

It’s interesting that the vinegar in the dressing works int he same way that a squirt of lime would have, and the extra virgin olive oil does the job that we would usually give to the crema. So while this taco is a bit different than the ones we usually do, it has all of the same elements of salt, fat, acid, and heat that we are looking for.